You know… mops (ahem, 26 million of ‘em a year, by the way) buckets, cloths, sponges, brushes. That kind of stuff. Oh, and electrochemical activation (ECA) technology that offers the most effective, money saving and environmentally-friendly disinfectant and cleaning alternative to synthetic chemicals. Hey, this is a serious cleaning innovation!

So, when I was invited to join our client’s team at Interclean, Amsterdam – the largest professional cleaning exhibition in the world, which had long been earmarked as the rebrand hard-launch event, there was no stopping me – I love the Dam!

Not only had Studio North designed the exhibition stand, which I was obviously keen to check out it in situ, and established a new design system for all their products – literally, thousands of SKUs – this was an unmissable opportunity to benchmark the new brand in its fiercest competitive environment. 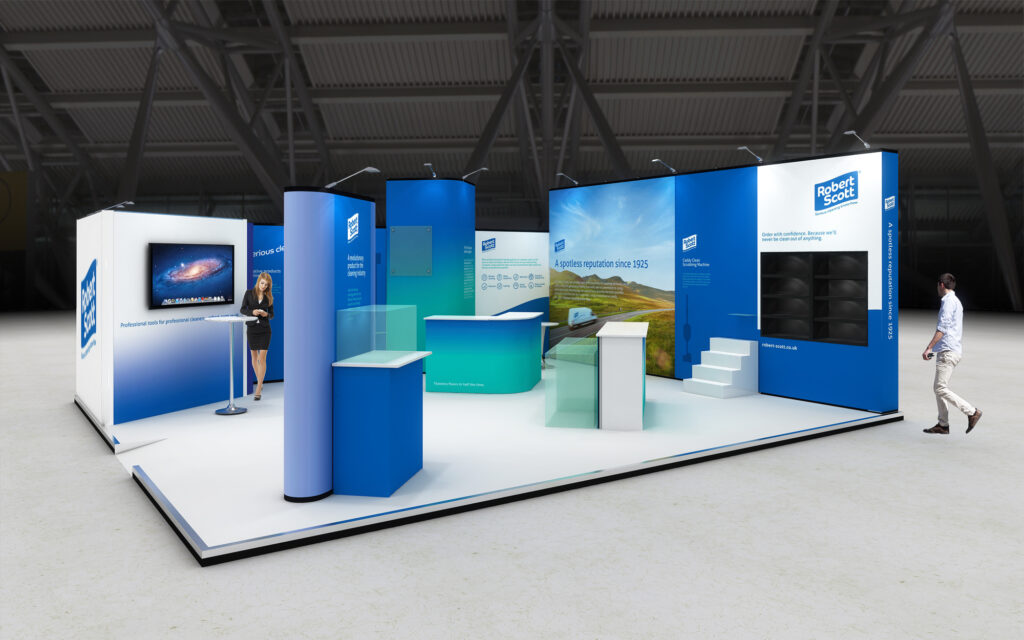 We’d heard feedback and seen photos of their last visit to Interclean appearance which, they’d be the first to admit, lacked polish.

This time round we transformed Robert Scott’s visual presence, created unignorable brand messaging, helped engage their sales team more than ever, giving them a reinvigorated confidence to engage with customers, and sell.

OK, I didn’t close the deals, but I did wallow in reflected glory as new and existing clients flocked to the stand – some massive names in retail and hospitality among them – to check out what was new.

It was a slightly different trip to my last Art School visit to the Dam, back in the early 90s, but the outcome was equally stimulating. Glad I went.

Sign up to receive insights on branding, news of events and agency updates.

We treat your data with respect as detailed in our privacy policy. If you change your mind at any time you can unsubscribe from the footer of any email you receive.

Send us a quick message